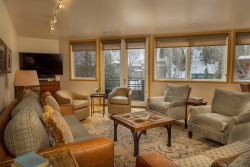 Whatever the Passion...Telluride has it!

Every year the chill of winter gives way to new life in Telluride’s box canyon. The valley, green and blanketed with wildflowers, welcomes visitors from all over the world who flock to the area to celebrate the best in music, film, food, and culture. Telluride’s world renowned festival season has something for everyone - from the film buff to the forager, the brewhound to the bluegrass lover.

But even before the snow melts, the often overlooked winter season festivals bring their own special warmth to the area. The Telluride Fire Festival (December 7-9) lights up the night with pyrotechnics and fire artistry in the spirit of Burning Man while the Ouray Ice Climbing Festival (January 25-28) features frozen feats that defy gravity.  In the cold darkness of winter, everyone can find a reason to laugh at the Telluride Comedy Festival (February 14-17) and other events like New Year's and Gay Ski Week (February 23 - March 2) blanket the town with a celebratory atmosphere.

Yet the most well-known and well-established festivals come in the warmer months. Some in their infancy and others well into their 3rd decade of existence, the summer festival season in Telluride attracts a large and loyal following of those eager to celebrate their favorite things against the stunning background of the San Juan’s. Looking to join in the festivities? Pick your pleasure from the list below and call us today to book your festival season lodging.

Literary Arts Festival (May 18-20)
LitFest is an opportunity to get together and celebrate the joy of reading and writing and to affirm a good ole fashioned past-time. One of the original conspirators behind Telluride’s newest shoulder-season event was also a longtime follower of book festivals. It was decided in 2014 that it was high time for Telluride to put on its own 3-day event for readers, writers and poets. The result? A power-packed weekend featuring everything from performance poetry, author talks, and Literary Burlesque, to poet walks, workshops and hands-on bookish events for kiddos.

Mountainfilm (May 25-28)
Since 1979, Mountainfilm has been inspiring and educating audiences using the power of storytelling. Yet this festival is about much more than just film, it is about changing the way people think and motivating individuals and communities to advance solutions for a livable world. In addition to screening leading independent documentary films from around the world, the Mountainfilm includes a full-day symposium on a contemporary issue, art and photography exhibits, early morning coffee talks, outdoor programs, student programs and more.

Telluride Balloon Festival (June 1-3)
A visual delight for participants and spectators alike, the Telluride Balloon Festival is arguably one of the most beautiful spectacles of the summer season. Saturating the canyon with bright colors and striking designs, the Saturday sunrise balloon launch is a feast for the eyes. Later, the balloons line Main Street for what is fondly known as the “Glow” - don’t forget your camera.

Telluride Weekend of Wellness Festival (June 7-10)
On any visit to Telluride, whether winter or summer, it is obvious that the people around here care about health and wellness. Being outdoors literally comes with the territory, and finding that work/life balance is a lot easier when one of the world’s most breathtaking mountain ranges also serves as your backyard. In that same spirit, the Telluride WOW festival brings health and fitness enthusiasts, world-class presenters, instructors and athletes from all over the world together for sunrise hikes, wellness seminars, classes on the latest health, fitness, wellness, nutrition and medical trends. Just don’t forget your workout gear!

Telluride Bluegrass Festival (June 21-24)
Now in its 44th year, the Telluride Bluegrass Festival is arguable the most notorious of the festival season. Drawn by campground picks, a family reunion vibe and a lineup that is never exclusively country or bluegrass, attendees fondly known as “Festivarians” have flocked to the valley for almost half a century to hear music from the likes of Johnny Cash, Sam Bush, Elvis Costello, String Cheese Incident, and Bela Fleck - to mention a few. String music dominates, but genre outliers ensure creativity runs high throughout the weekend, and unexpected collaborations are what makes this festival a can’t miss.

Telluride Plein Air Festival (June 29 - July 5)
If you have visited Telluride before, it is easy to understand why the area has inspired so much art - the sweeping vistas, jagged mountain peaks, and unreal sunsets. Celebrating this beauty every year is the Telluride Plein Air Festival that brings artists from all over the country to paint “en plein air” capturing the light and colors that they see with their brushes. If you are a landscape art lover or simply appreciate watching the creative process in real time, this festival is for you.

Telluride Art + Architecture Weekend (July 21-22)
Touted as “the ultimate home tour” Telluride’s Art + Architecture Weekend provides an intimate peek into the work of local architects, designers, artists, and chefs. Over the course of two days, the self-guided tour will span five different stops per day including new and historic homes as well as a creative venue. Each venue will feature home tours with on-site architects and designers, tastings by local chefs with wine pairings in the kitchen, and rooms featuring the works of local artists.

Telluride Yoga Festival (July 19-22)
Since 2007, The Telluride Yoga Festival has been working to bring the gift of yoga, in all of its many forms, to Telluride for a weekend filled with world-class instructors, philosophers, scholars, artists and musicians. With the goal of  creating an intimate and authentic weekend of workshops, classes, discussions and celebratory gatherings the festival brings over 40 presenters and more than 600 participants to the valley to practice in an inspiring and spectacular setting.

Telluride Jazz Festival (August 3-5)
Since 1977, Telluride’s majestic perch high in the San Juan Mountains has been the site of an annual cultural event combining pristine natural aesthetics with boundless artistic creativity. Ranking among the world’s most scenic musical events in the country, the Telluride Jazz Festival brings an intimate listening format and historical performances from nationally touring acts to the valley. The result is an immersive live music experience that has brought audiophiles from around the world for over four decades.

Telluride Chamber Music Festival (August 5-11)
The rich sound of a cello saturating the empty air of a historic theater. The mournful song of a viola rising with the wind as it sweeps down the canyon. Every year since 1973, the Telluride Chamber Music Festival has been the classic soundtrack to late summer in the San Juans. Featuring both indoor and outdoor venues, the festival aims to forge a connection between performer and audience while lifting the human spirit with each and every note.

Telluride Mushroom Festival (August 16-19)
One of Telluride’s more quirky and unconventional festivals, the Mushroom Festival gives attendees a new appreciation for the fungus among us. From hands-on foraging workshops to lectures on medicinal benefits of mushrooms to a mushroom themed parade down Main Street, funghi connoisseurs will find themselves in good company amongst enthusiasts, experts, and scientists.

Telluride Blues & Brews (September 14-16)
One of the final festivals of the season, Blues & Brews is a three day celebration of  blues, funk, jam bands, indie, rock, gospel and soul performances accompanied by beer, a wide variety of food and craft vendors, children's activities, late night shows, and much, much more. Culminating in the Grand Tasting on Sunday that features craft beers from some of the best microbreweries in the country, Blues & Brews is one of our favorite ways to bid adieu to summer.

Telluride Festival of Cars & Colors  (September 27-30)
Set among the canyons of the San Juan Mountains, it’s placed against the spectacular backdrop of the area's September golden fall foliage. Focusing on high-end restorations, the event will take place in three different venues featuring vintage and exotic vehicles of the Concours level as well as other unique and eye catching vehicles staged along Telluride’s main street.

Telluride Horror Festival  (October 12-14)
The Telluride Horror Show, Colorado's first and longest-running horror film festival, returns for its 9th edition October 12-14, 2018. Every year, the festival attracts the latest & best genre films from around the world and attendees from all over the country for an intimate gathering of film fans in the world-famous mountain resort town of Telluride, Colorado. For three packed days, experience an eclectic mix of horror, suspense, thriller, dark fantasy, sci-fi and dark comedy in Telluride's unique theaters, with many of the films showing for the first time in the US.

Telluride Fire Festival (December 7-9)
The 2018 Telluride Fire Festival is centered around public and interactive experiences of fire artistry in Telluride, Colorado — FREE TO ALL. On Friday, Saturday and Sunday, from 5pm- 8pm, attendees watch spontaneous fire performances and view the many forms of fire art — “an art car”, fire dancers, and fire-emitting sculptures. The Saturday night Fire Ball fundraiser is a huge event with four different musical acts.

Jump to a Rental